The Ever-changing and Fully Manipulated Mind of the American Psyche? The masses will readily comply with suggestion, instruction, illusion, and deception, and will acquiesce to any manner of orders; obeying on command

“The conscious and intelligent manipulation of the organized habits and opinions of the masses is an important element in democratic society. Those who manipulate this unseen mechanism of society constitute an invisible government which is the true ruling power of our country. …We are governed, our minds are molded, our tastes formed, our ideas suggested, largely by men we have never heard of. This is a logical result of the way in which our democratic society is organized. Vast numbers of human beings must cooperate in this manner if they are to live together as a smoothly functioning society. …In almost every act of our daily lives, whether in the sphere of politics or business, in our social conduct or our ethical thinking, we are dominated by the relatively small number of persons…who understand the mental processes and social patterns of the masses. It is they who pull the wires which control the public mind.”

The above quote by Edward Bernays exposes a truth rarely understood by the common man, but it speaks volumes about the reality of the voluntary imprisonment of the minds of the collective masses. Certainly, this is evident in visual stimulus such as is used by the large and controlling media moguls, but it goes much further than is perceived by most. In my opinion, this has led to a state of mass hypnosis among the populace at large. They can be guided as thoroughly as one might expect of a small child and a domineering parent, where the child is completely dependent on the graces or whims of his guardian. When this is expanded and compared to the similar relationship between non-thinking dependent adults and their government guardians, one looking from the outside is immediately able to see how so many can be manipulated by so few.

This phenomenon has been studied, known, and understood by the ruling class since at least the 19th century, and well before, but in today’s world, this technique of population control has reached heights not considered by the now mesmerized and almost comatose general population. No one wants to admit to being controlled as if a puppet on a string, but that is now exactly the general state of being among most all the population here in this country, as well as many others around the world.

According to NASA, we're going to face a 100-YEAR LONG DROUGHT.

A drought more devastating than the 1930s Dust Bowl that forced America to plunge into crisis and left millions of people without the basics of life... like water and food.

And this is not something that’s gonna happen in 50 years, in 20 years, or in 5. This is already HERE. It’s already started… over a decade ago.

How much is it worth to you to literally have an unlimited water supply for your family?

This is even very noticeable in the responses I receive to my own writings. Many are worrisome. My and other’s attempts to educate and stimulate the minds of our fellow men, by presenting factual evidence so that valid information can be vetted and studied in order to allow each to come to his own conclusions concerning the truth, fall mostly on deaf ears. This is troubling to say the least, as these ideas and data that are available to any seeking to gain knowledge for themselves, is readily ignored in favor of the path of least resistance. Instead of relying on facts, honesty, and right, which demands personal responsibility, reliance on mass media or state driven narratives not supported by fact or reference, require no thought or individual accountability. For the most part, the mainstream supply of what is called ‘news,’ is simply the state disseminating constant propaganda, whether it is all lies or partial truths being used in order to present information in such a way as to lead only to acceptance of desired false narratives. There needs to be in my opinion, an inundation of hard facts and truths, but also an intellectual reliance on the philosophical nature of the underlying aspects of reason and logic in our daily lives, as it relates to finding and accepting the real world instead of the intentionally designed make-believe world.

A distinct pattern has emerged concerning many readers and listeners of ‘news,’ including many alternate news and reporting sites. It seems that there is a tendency to concentrate solely on headlines, “shock and awe,” numbers, suspicious and unfounded ‘scientific studies,’ and the most ‘popular’ personality’s opinions, instead of searching only for absolute truth. The many gravitate toward individual stories, compartmentalizing each singular event instead of looking at the totality of the problem. Some of the biggest obstacles are attempts to fight against the narrative while at the same time accepting that narrative, and trying to refute the symptoms. One example of this idiocy is accepting that ‘covid’ is real when it has never once been isolated or identified, while at the same time claiming that it is not as dangerous as the state is projecting. This kind of backward logic and doublespeak is confusing, and is exactly what the powerful plot to bury in the minds of their subjects.

I have written for two decades about the risks facing Americans and the rest of humanity, especially over the past two and a half years, but it seems few listened to my, or anyone else’s warnings. In light of this, I tend to write much from a philosophical standpoint, so as to explain why it is so important to find and embrace self, and accept real truth, instead of relying on the clichés, headlines, and opinions of others. The philosophy of life, and the vast importance of it, is not readily studied or accepted by the collective herd, but striving to find only what one wishes or wants to know about is the easy way, and much more prevalent; hence the constant barrage by the ruling ‘elite’ and their insatiable lust for power that feeds heavily on this ignorance and apathy of the proletariat. That is the crux of the dilemma we face.

By understanding the underlying basis of our enormity of problems, and the vital importance of finding, and then accepting fact instead of fiction, even if it is disturbing to do so, is the epitome of enlightenment, and the only way to attain and keep a free existence during these times of extreme tyranny. The idea of seeking knowledge and improving self is anathema to this modern population, which now is based on the design sought all along by those who would choose to control others.

In reality, this is today a completely manipulated society, and this intended outcome has allowed for the successful capturing of the minds of the masses by the illegitimate claimed master class of tyrants.

What much of the control efforts put forth by those nefarious masters of propaganda rely on, are simply ways to influence, whether subtly or blatantly, the minds of the masses of people they consider to be fodder for the state. This technique carries a lot of weight, and is much more important to the ruling class than it first appears. In order to guide (manipulate) people into a state of apparent hypnosis, all that is normally necessary is the spectre of fear, and a dependent reliance on the state. Fear is elemental, and dependency can be brought about by that same fear. The state will always claim to be the protector of the people, when in fact, it is the initiator of most all mass violence and fear.

Weak minds are playthings for the state ‘gods,’ and once captured by the political propagandists through media, communication systems, marketing, and the entertainment industry, the masses will readily comply with suggestion, instruction, illusion, and deception, and will acquiesce to any manner of orders; obeying on command. This has never been more obvious than in the recent scam called the ‘covid virus pandemic,’ where the bulk of this population voluntarily gave up their lives, families, jobs, and bodies; in fact, nearly the entirety of their freedom, all only for a ruse. Voluntary servitude in the midst of lies creates turmoil, as the willing subjects bend to the holders of power in a system that they themselves constructed, and a system in which they allowed the rulers the power to rule over them.

Guns and bombs were not necessary in order to capture humanity this time. What will be the final hypnotic ‘suggestion’ at the hands of these evil tyrants that will solidify spontaneous world domination?

“Almost all people are hypnotics. The proper authority saw to it that the proper belief should be induced, and the people believed properly.”

The SHTF we all prep for is what folks 150 years ago called daily life: 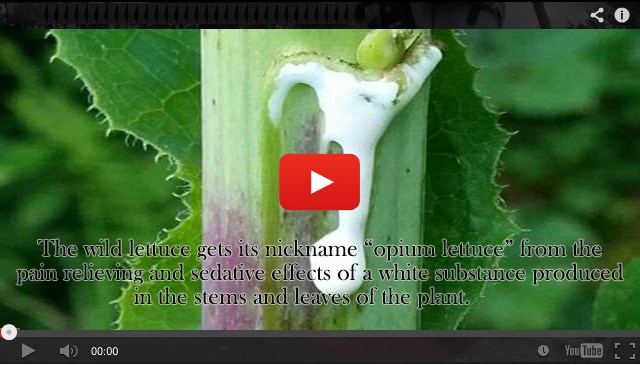 ...no electrical power, no refrigerators, no Internet, no computers, no TV, no hyperactive law enforcement, and no Safeway or Walmart.

They got things done or else we wouldn't be here!

In this short article, I will unearth a long-forgotten secret that helped our ancestors survive famines, wars, economic crises, diseases, droughts, and anything else life threw at them... a secret that will help you do the same for your loved ones when America crumbles into the ground.

Popular posts from this blog

Politicians and Politics do Not Rule the World: Corporations, Financial Institutions and Bankers do and They are Implementing a New World Order 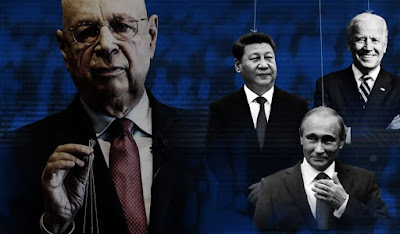 Boris Johnson was   removed from office in the UK , Sri Lankan President  Gotabaya Rajapaksa has just fled the country in disgrace , and in the U.S. the corporate media has turned against U.S. President Joe Biden, now that his son’s penis is probably the most downloaded image on the Internet among photos of his pedophilia ways, and Biden’s days in office seem to be coming to an end, possibly sooner rather than later. But anyone who still believes that these high-ranking politicians have any real power over national or international affairs, and that by replacing them with other politicians will solve economic or social problems, is not living in reality in terms of who controls the affairs of this world. Money, or financial power, rules the world, and since the start of the industrial age that began after WW II, that group of people at the top who occupy the leadership of banks, financial institutions and large corporations has dramatically shrunk, and the time has come for them to mak
Read more

THE GHOST IN THE MACHINE. THE MACHINE IS THE WORLD HEALTH ORGANIZATION AND THE CDC. THE MAN BEHIND THE GHOST IS BILL GATES 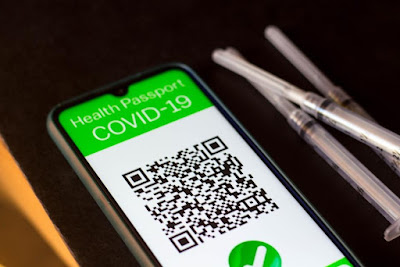 Why do governments salute when he predicts a pandemic and tells them to lock down their countries? Does anyone care about his past? Why does he still have a prestigious job? Who is he connected to? Note: I’m republishing this piece, from 2020, so people don’t forget the criminal and the crime… Neil Ferguson, through his institute at London’s Imperial College, can call the shots on a major percentage of the global population. He’s Mr. Genius, when it comes to projecting computer models of epidemics. Fellow experts puff up his reputation. According to the Business Insider (4/25/2020) , “Ferguson’s team warned Boris Johnson that the quest for ‘herd immunity’ [letting people live their lives out in the open in the UK] could cost 510,000 lives, prompting an abrupt U-turn [massive national lockdown in the UK]…His simulations have been influential in other countries as well, cited by authorities in the US, Germany, and France.” Not only cited, not only influential, but swallowed
Read more